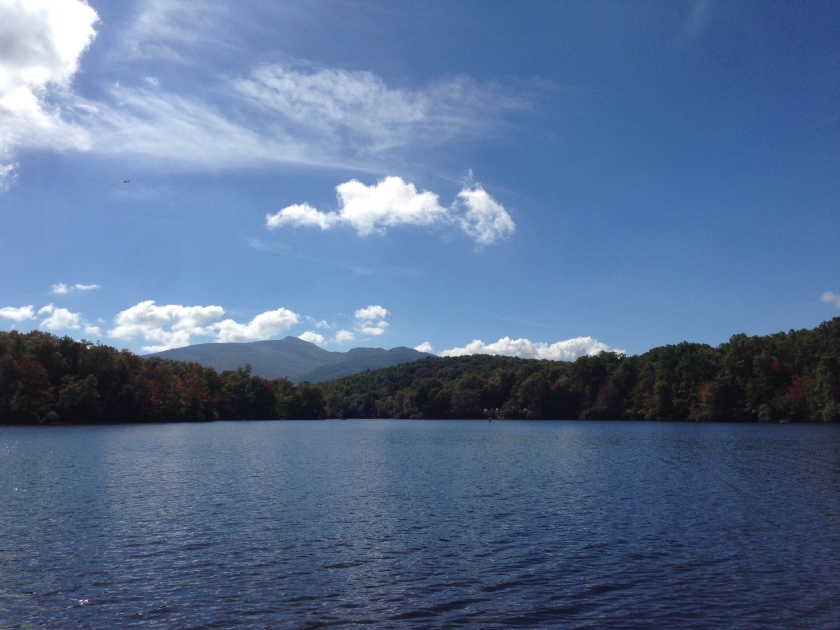 This morning I presented a research project-in-progress at the BEA Region 2 Conference at Appalachian State University. The presentation was well-received, I think–several people in the audience said it made them think differently about the role mass media play in religious belief.

I also toured Appalachian State’s new media complex. Very nice. It gave me a few ideas about what we could adopt at my university.

I attended a panel on merged classes, led by two of my HPU colleagues. It helped me better understand why video production skills are becoming critical for strategic communication majors.

After the conference, AMKT and I drove on the Blue Ridge Parkway, and hiked a couple miles around a lake. We talked about how our lives would be different if we had gotten married a couple years later than we did.

We ate dinner in Blowing Rock, and drank coffee at a local coffee and donut place in Boone.